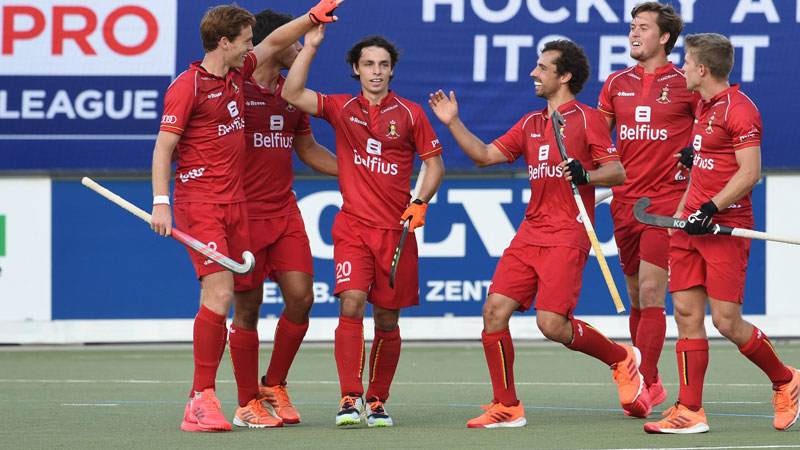 Now that all Belgian hockey competitions are temporarily suspended due to the measures against corona, we can fortunately still look forward to the FIH Hockey Pro League! In the next few days the Belgian national teams will each have three matches on the programme.

The Red Panthers and the Red Lions will play against Great Britain on Saturday 31/10 and Sunday 1/11 in Uccle (Brussels region). For the Belgian women it will be quite a challenge, facing the number 5 in the world and the reigning Olympic champions. But in the Pro League 2019 edition they beat the British 4-1 in Antwerp. And with what Niels Thijssen's young team already showed at the beginning of this year against Australia and New Zealand, and more recently against Germany, the Panthers (FIH 12) can start these two games with the necessary confidence.

The same goes for the Red Lion. Theoretically the reigning world and European champions should not be worried by the number 7 on the world ranking. But beware, the British collective made life hard for the Netherlands (FIH 3) last Tuesday (NED-GBR 1-0)!

On Wednesday the two Belgian teams will face another 'duel of the low lands'. Against the Netherlands the challenge will be even greater for the Red Panthers than against Great Britain. The 'Oranje' women have been at the top of world hockey for years. But a derby against their northern neighbours always gives the Belgians an extra boost! And it will be interesting to evaluate the progress of this rejuvenated Belgian team over the past year. For the men, it will be, as always, a top duel to revel in! Shane McLeod's players will no doubt make it a point of honour to show once again that they are worth their position of world's number 1. A match not to be missed, that's for sure!

Attention: due to the curfew imposed since last weekend in Brussels, the starting times of the two matches against the Netherlands have been advanced by 2h30 (see below).

All the matches live and free of charge on VOO Sport World and Playsports!

These six matches will be played at Uccle Sport. However, due to the current corona control measures, no spectators will be allowed in the stadium. Fortunately Playsports and VOO Sport World will be broadcasting the matches live and free of charge for all Telenet and VOO customers. You don't need to be a subscriber to Playsports or VOO Sport to support the Panthers and Lions from behind your TV screen!