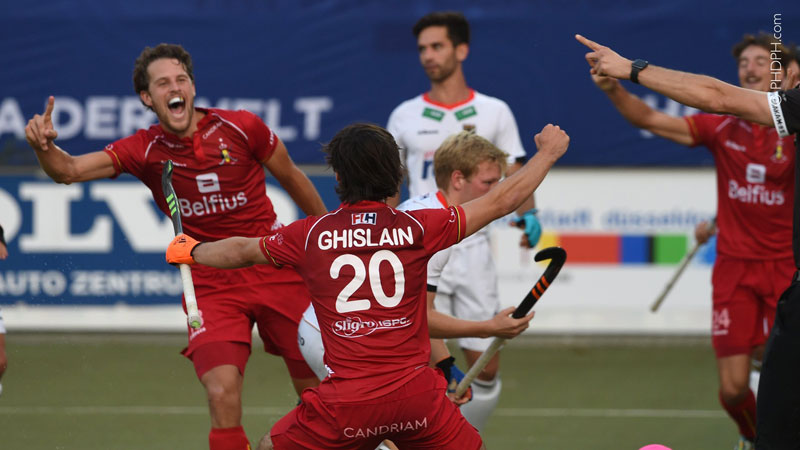 Germany and Belgium kick off the return of Hockey Pro League

The FIH Hockey Pro League bounced back into action with two sparkling encounters between the men's and women's teams of Germany and Belgium. The outcome across both days of competition was really a case of honours even.

A strong German women's team (FIH 4) won both of its matches against very young and competitive Belgian Red Panthers (FIH 12). In the first game the Belgians resisted well during 45 minutes, before conceding 2 goals in the last quarter, against hard pressing Danas (2-0). The second game ended with a 3-1 score for Germany. But this time the Red Panthers put more offensive weight in the balance, with a superb drag flick goal for Ballenghien on a Belgian PC. This is promising for the future of this team.

At the men's side Belgium put on a strong display in the opening game. In a well balanced 1st half the Red Lions lead 1-0, but showed in the second half why they are n°1 on the world ranking. Five more goals and mastering game play completed the Belgian dominance, Germany getting one back on PC (1-6). The next day the Mannschaft was clearly looking for a revenge, starting the match with a lot of fighting spirit and 'grinta', against less inspired Lions making more errors than the day before. The game ended in a 1-1 draw, with Germany clinching the extra point after winning the shoot-outs, after some stunning goalkeeping from Germany's Alexander Stadler.

Across the hockey community, there was a communal sense of relief and delight that live hockey was back on view. While spectators were not allowed in the stadium, thousands of hockey fans, athletes, coaches and officials tuned in via tv, online streaming or the new Watch.Hockey app.