The Oceania trip of the Belgian national hockey teams went from Australia to New-Zealand last week. For both teams, the second Hockey Pro League stop was scheduled in Auckland, for a double-header against the Black Sticks last week-end. And apparently, playing 'Down Under' suits them well! The Red Panthers, the lowest ranked team in this competition (FIH 12), took three points again, whilst the Red Lions won their two games quite easily and reinforced their leading position in the men's competition.

After a short week of training in the brand new North Harbour Hockey Stadium in Auckland, the Red Panthers were first to face their opponents on Saturday. And the very young team of coach Niels Thijssen confirmed the good form showed one week earlier in Sydney. With a strong defensive line led by game winning goalkeeper Aisling D'Hooghe and very effective forwards, they managed to clinch the three points, defeating a stunned number 6 of the world with 2 goals to 1. On Sunday a superior New-Zealand made a statement and won 4-1, with Olivia Merry scoring all 4 goals and becoming the all-time top scorer for the Black Sticks.

The Red Panthers took 3 extra points in this Pro League, giving them a total of 6 points in 4 games, against 2 of the best teams in the world. Not bad for a young team that is in full reconstruction! This also means the Belgian women are climbing one step on the world ranking, going from 12 to 11. The Panthers are now returning home after a three weeks trip at the other side of the world, their two games in China having been cancelled due to the Coronavirus.

At the men's side, the brand new number 1 of the world continued to display confidence and strength, blowing the Black Sticks away in their first game on Saturday (2-6). In the second game the New-Zealand men regrouped and defended more securely. But the Red Lions never doubted and showed patience, keeping control at all times and winning 1-3 in the end.

With 11 points out of a maximum of 12, the Red Lions are now strongly leading in this competition. For them, the trip has one more important stop in India, where they will face the home team next week-end. Bhubaneswar will be the theatre of two more very interesting games for the Belgians, in their build up towards the Olympic Games of Tokyo next summer. No doubt that a packed Kalinga Stadium will bring back excellent memories, for it's in that stadium that the Red Lions became world champions in 2018!

As from the 15th of May, the Red Lions and the Red Panthers will play against Argentina, Great-Britain, the USA/Spain and the Netherlands, in the Wilrijkse Plein Stadium in Antwerp. This will be a unique chance to witness world class hockey in Belgium and to experience a top-notch Hockey Belgium event. It will also be one of the last chances to come and cheer on the Red Lions, just before they leave for the Olympics in Japan. 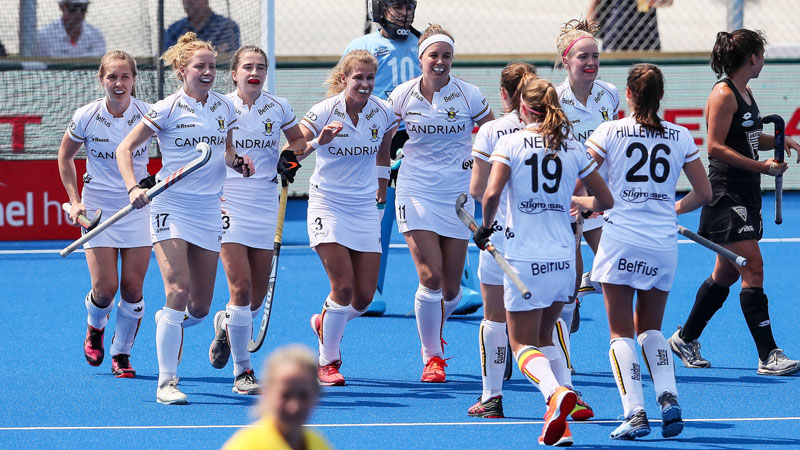